YELISEYEV STUDIO was founded in 2009 after artist and illustrator Vladislav Yeliseyev together with his wife Marina and daughter Polina made a key decision in their lives relocate to Sarasota. Sarasota won the heart of the artist at first sight and became his new home before long. Presently, Vladislav (Vlad) is practicing his art from his own art studio in Sarasota. Vlad is the owner of Vladislav Yeliseyev Architectural Illustration Company which he started in New York City in 1992 and 20 years later, together with his wife Marina he founded Renaissance School of Art in Sarasota. To learn more about Vladislav, visit www.yeliseyevfineart.com 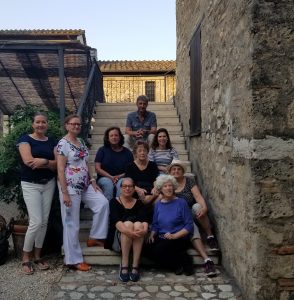 Renaissance SA is a private art school dedicated to the highest standards in art education with boutique atmosphere. The School was founded in 2012 and offers variety of programs in painting and drawing as well as painting trips and vacations.